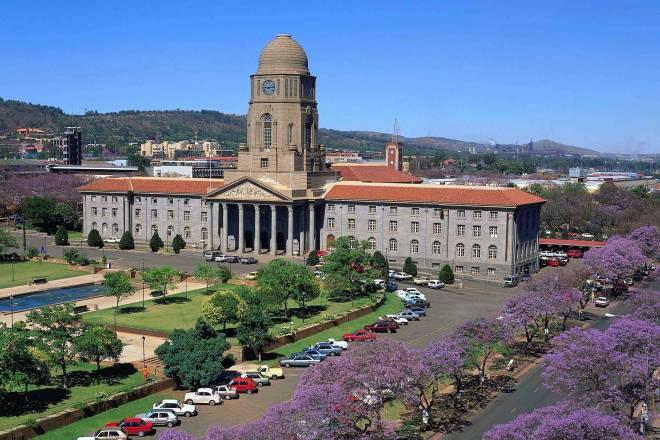 The hall was built in 1931 to celebrate the achievement of Pretoria's city status. In front of the hall is the Pretorius Square which features one of the many beautiful parks found in the city. The garden in front of the City Hall features three statues including the statue of Chief Tshwane who is believed to be the earliest settler in the area.