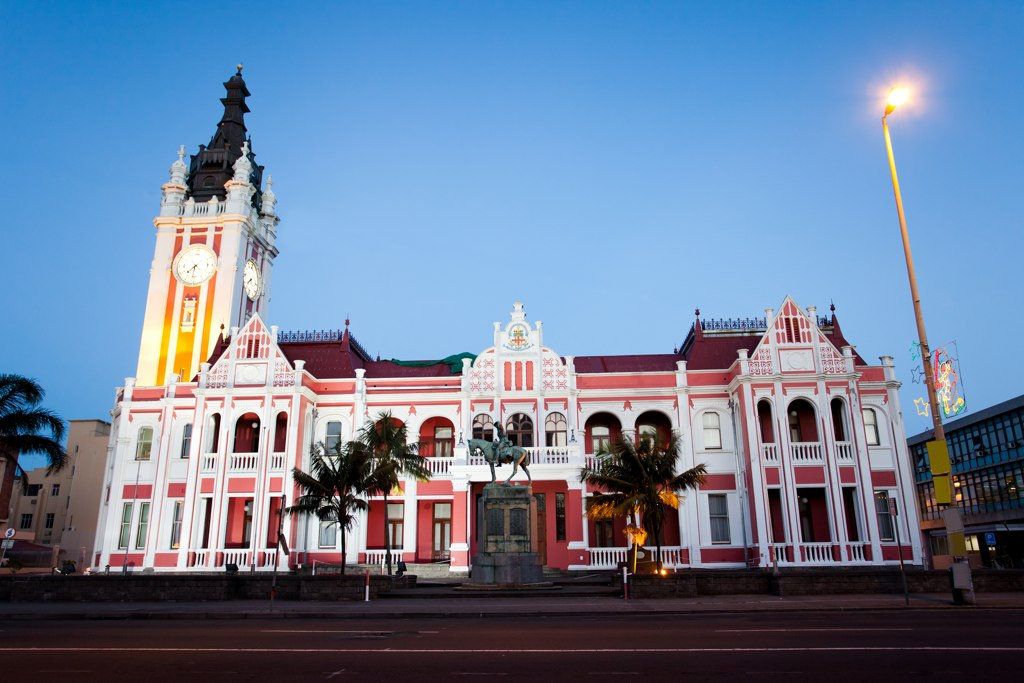 Situated between Oxford Street and Argyle Street, East London's city hall is a bright maroon coloured Victorian Renaissance style building. The construction of the city hall first began in 1897 with the clock tower section being added later to commemorate the diamond jubilee of Queen Victoria. A statue of a soldier on a horse stands proudly outside the City Hall as a memorial for all that died during the Boer War. The large imposing marble staircase was imported from Italy.