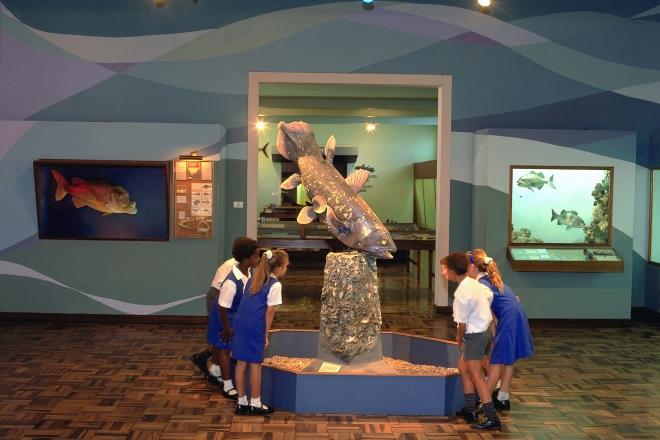 The East London Museum, situated in Oxford Street is home to a range of impressive displays, including the Coelacanth which was caught alive in a trawl off East London in December 1938. It was the first living specimen of Coelacanth - previously only known from fossil records.