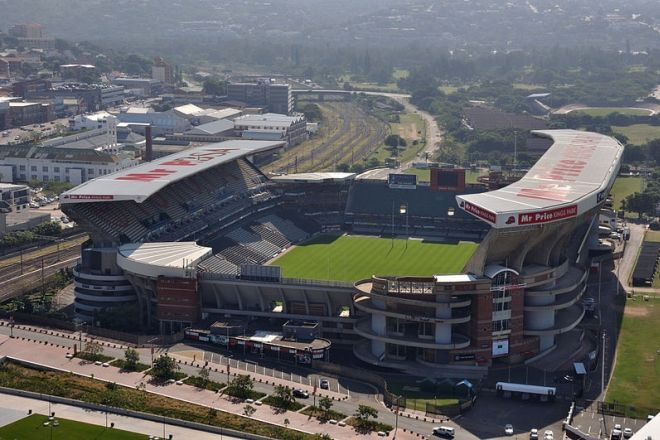 Built in 1891, the Kings Park Stadium has undergone a number of renovations to make it one of South Africa’s great stadiums. Today it is home to The Sharks rugby team, as well as being one of the main international stadiums in South Africa. It was used as one of the venues in the 1995 rugby World Cup.

Also known as ‘The Shark Tank’, Kings Park seats 55 000 people and apart from rugby also hosts football matches and musical events. It is also home to the Golden Arrows in the Premier Soccer League. The Gold Zone, located on the lower main grandstand offers the best viewing and there are also 360 suites on six levels situated around the stadium.