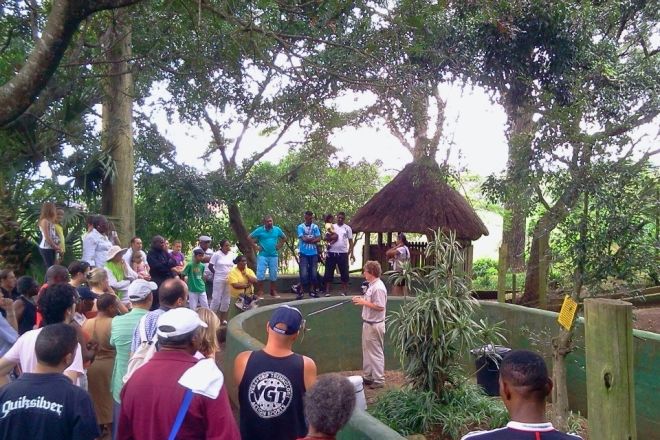 PheZulu is situated in Botha’s Hill, only 35 km’s from central Durban, and has magnificent views of the world-famous Valley of a 1000 Hills. Visitors to the PheZulu Safari Park can go on a tour of the park where they will be introduced to a variety of different animals including a 3.2 metre Burmese python that weighs around 42 kilograms, and a 102 year old Nile crocodile called ‘Junior’. After you’ve toured the park you can head to the Boma Restaurant for lunch.