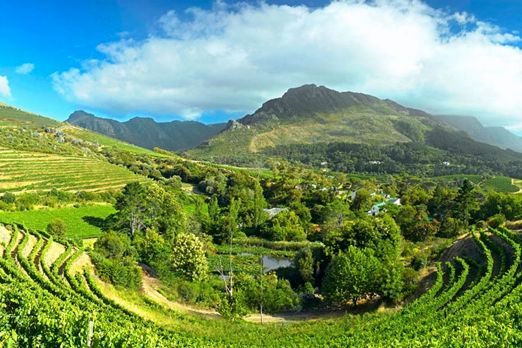 Cradled high up on the slopes of the Constantiaberg is Eagles’ Nest a relative newcomer to the historic wine producing region of Constantia. The farm’s origins can be traced back to 1836 when it was used as a refreshment station between the area now known as Wynberg in the east, and the harbour of Hout Bay in the west. In order to make this journey, travellers had to cross the mountain pass, now known as Constantia Neck.

Devastating fires that raged through the Cape in the summer of 2000 destroyed most of farm, except for the historic buildings. The estate has since been planted with vines with varieties that best suited the unique terroir of these particularly steep slopes, and award winning wines have been produced in recent years.

Open for Wine Tasting and sales Mondays-Sundays from 10h00 – 16h30. Picnics are available throughout the summer months.