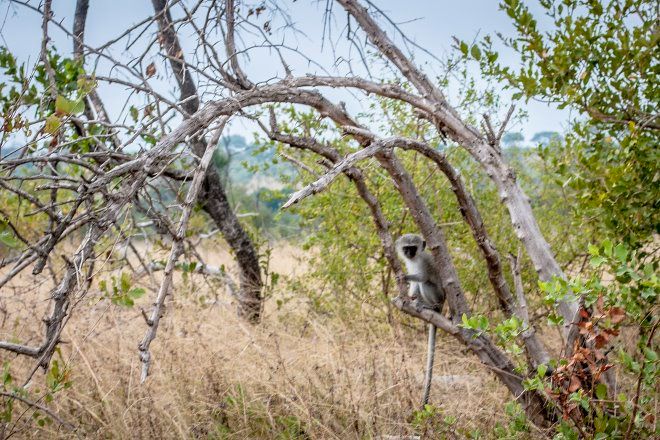 The world-renowned Kruger National Park covers vast expanses of both the Mpumalanga and the Limpopo Provinces in the northern parts of South Africa and offers the visitor an exhilarating and up-close wildlife experience. Covering some 2-million hectares and stretching for 352 kilometres from north to south along the Mozambique border, the park is the largest in South Africa and the diversity of wildlife, bird-life and vegetation is unmatched anywhere else in South Africa.

This is Big Five country - where lion, leopard, elephant, rhino and buffalo roam freely and in large numbers. In addition, the park is home to other big game such as giraffe, hippo, wildebeest, zebra and a wide variety of buck. In total the park boasts over 147 species of mammals, 500 types of bird and over 30 types of amphibian. The vast and varied landscape and vegetation is equally diverse with over 300 types of trees to be found.

Surrounding the Kruger Park are a number of Private Game Reserves - many of which now share unfenced borders with one another and with the Kruger Park. Among these are the well-known Sabie Sands, Timbavati, Manyeleti and Balule Private Game Reserves. Within these private reserves you will find a variety of exclusive lodges and bush camps where the facilities range from luxury to rustic and where the experiences and activities on offer vary from guided walks to night game drives, hot-air balloon safaris and birding excursions.

While staying in the heart of the park is the ultimate experience, there are also a number of small towns surrounding the Kruger Park that are within easy driving distance for day trips and visits to the park. The Kruger Park has an excellent infrastructure of roads, rest camps and facilities making self-drive visits into the park easy and accessible. Entrance gates are located at intervals along the parks' borders and open at 5:30am in summer and 6am in winter. Day visitors are required to depart the park by gate closure time - 5:30pm in winter and 6:30pm in summer.

Proclaimed in 1926, the Kruger National Park was the first national park in South Africa and was named after Paul Kruger, once president of the Transvaal Republic. Although only officially proclaimed in 1926, the concept of the park was initiated by Kruger who as early as 1884 was a pioneer in wildlife conservation in an attempt to protect the vastly dwindling numbers of game due to hunting and poaching.

In the Mpumalanga region the towns of Nelspruit, Sabie, Hazyview, White River and Graskop are all within easy driving distance of the Kruger Park while also being in the heart of the beautiful Lowveld and Panorama regions with attractions such as the magnificent Blyde River Canyon. The Blyde River Canyon is the largest green canyon in the world and offers spectacular views and vistas over lush green vegetation to the meandering river below.

On the banks of the Crocodile River and amongst rich citrus plantations is the town of Nelspruit. Nelspruit is the heart of the lowveld and is also home to the Kruger Mpumalanga Airport where private charter flights depart for many of the surrounding private game reserves. Slightly further afield, the picturesque towns of Pilgrim's Rest, Sabie and Graskop all date back to the heydays of the gold rush and are interesting towns to visit and explore with beautiful surroundings and

The regions and wildlife of the Kruger National Park
The Kruger Park can be roughly divided into three regions - differing in landscape, vegetation and wildlife.

Extending North of the Oliphants River the Northern region is "wilder" and with fewer camps and facilities than the south. Its low-lying, sun baked plains and Mopane rich vegetation is home particularly to herds of elephant and buffalo and some rare antelope species. The Northern region can be most easily accessed via the Phalaborwa gate - and in the far north by the Punda Maria and Pafuri gates.

The Central region with its fertile soils, sweet grasses and abundance of trees attracts large herds of impala, kudu, wildebeest and buffalo as well as giraffe. This in turn attracts lion to the area - and the Central region is considered as

having the highest numbers of lion as well as good numbers of leopard, hyena and cheetah. To easily access the Central region, the Orphen gate is located amongst the private reserves of Timbavati and Manyeleti.

Bordered by the Crocodile River in the South and the Sabie River in the North, the sheltered valleys of the Southern region are home to a great diversity of trees. This woodland region is favoured by the white rhino - and the best sightings of white rhino can be expected here. Fewer numbers of wildebeest and zebra mean that lion are less common, but their scarcity leads to greater numbers of wild dog and cheetah inhabiting the area. The Southern region can be accessed via five gates - the Paul Kruger gate near Sabi Sands and Mala-Mala, Phabeni and Numbi on the western border of the park, Malelane gate en-route from Nelspruit and Crocodile Bridge near Komatipoort near the Mozambique border. 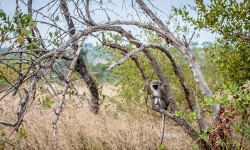 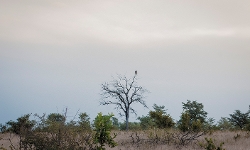 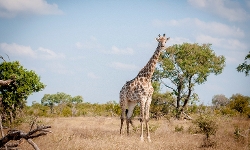 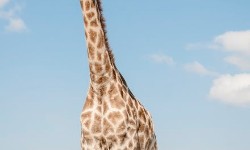 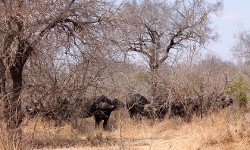 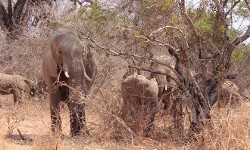 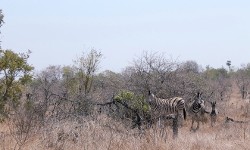 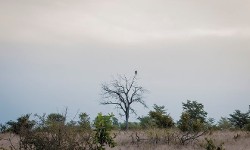 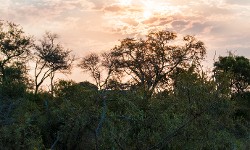 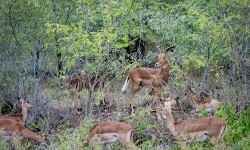 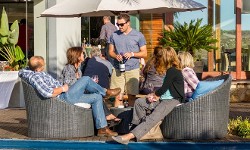 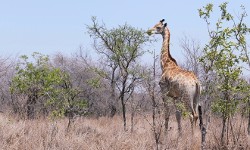 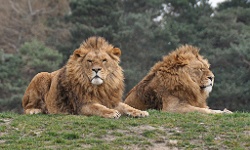